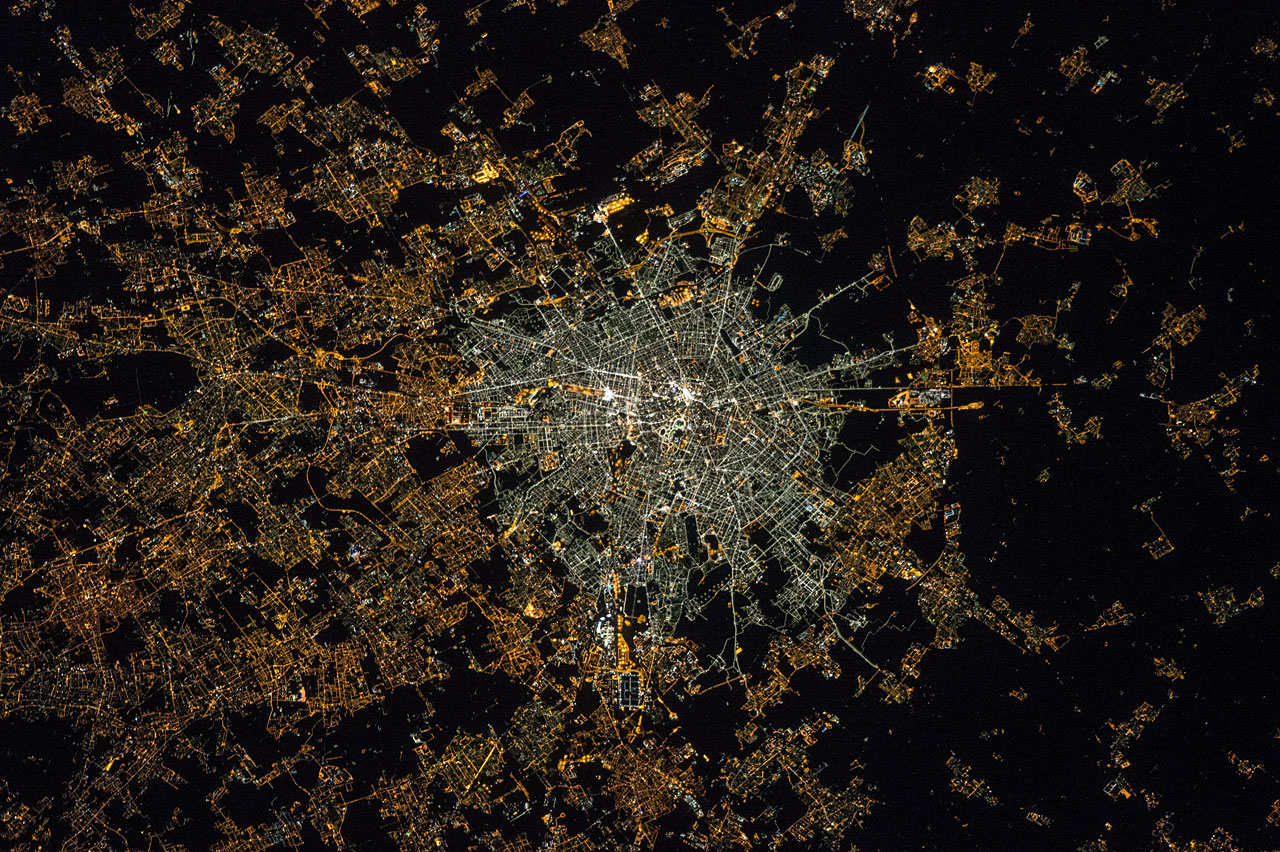 This image of Milan was acquired after the transition to LED technology in the centre. The illumination levels appear to be similar or even brighter in the centre than the suburbs, and the amount of blue light is now much higher, which suggests a greater impact on the ability to see the stars, human health and the environment.

Since the European Space Agency’s NightPod device was installed on the ISS in 2012, astronauts have been taken systematic night images. It incorporates a motorised tripod that compensates for the station’s speed and the motion of the Earth below. Before that motion could blur images even though astronauts compensated with high-speed films and manual tracking. In 2003, NASA astronaut Don Pettit’s “barn door tracker” — a lower-tech precursor to NightPod using a motorised drill and assorted parts he accumulated on station — enabled the first motion-compensated night time imagery from the ISS.

This image was taken by Samantha Cristoforetti.