Opening of the contest NameExoWorlds 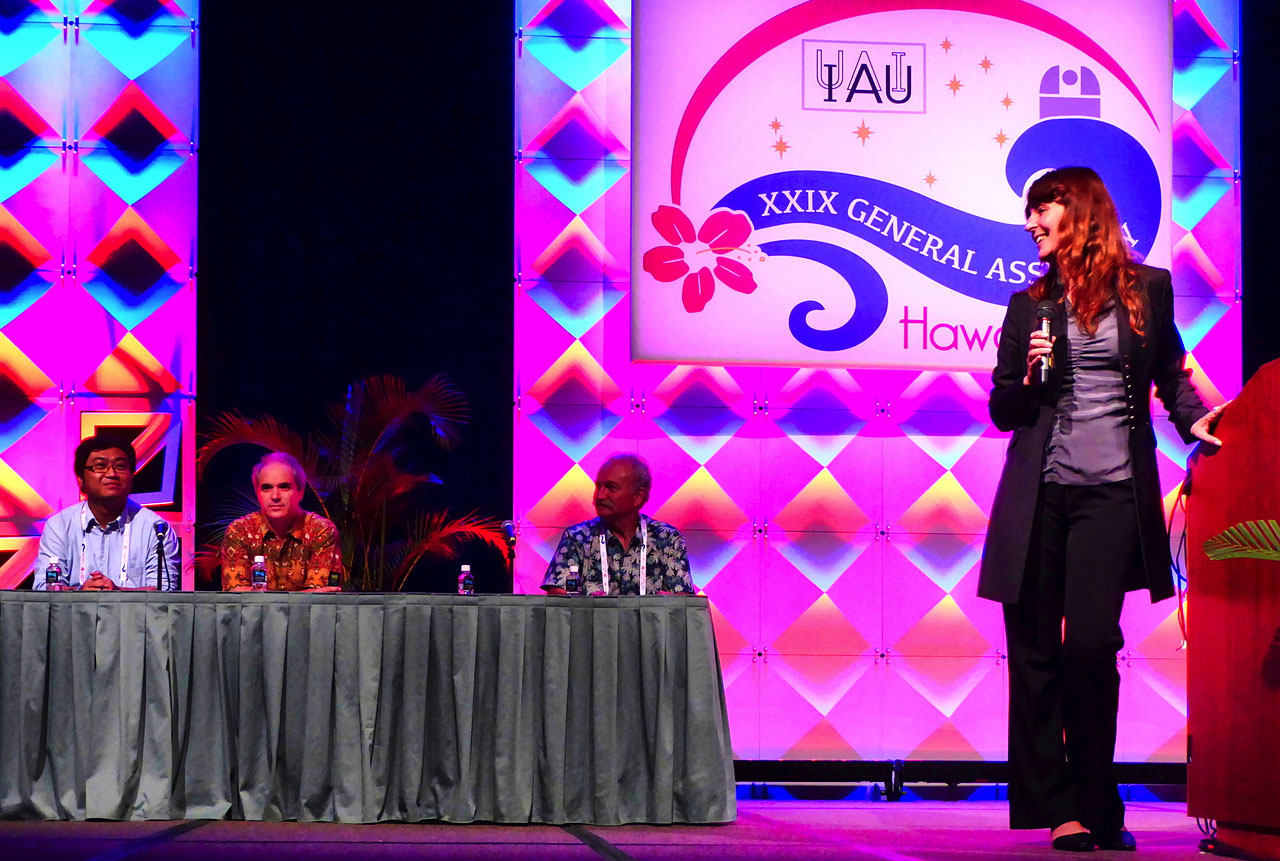 Lisa Kaltenegger from Cornell University officially opened the contest NameExoWorlds and cast the first vote at a public ceremony held during the IAU’s XXIX General Assembly in Honolulu, Hawai’i. The ceremony was accompanied by a special greeting from astronaut Scott Kelly, currently aboard the International Space Station, which was kindly facilitated by NASA.