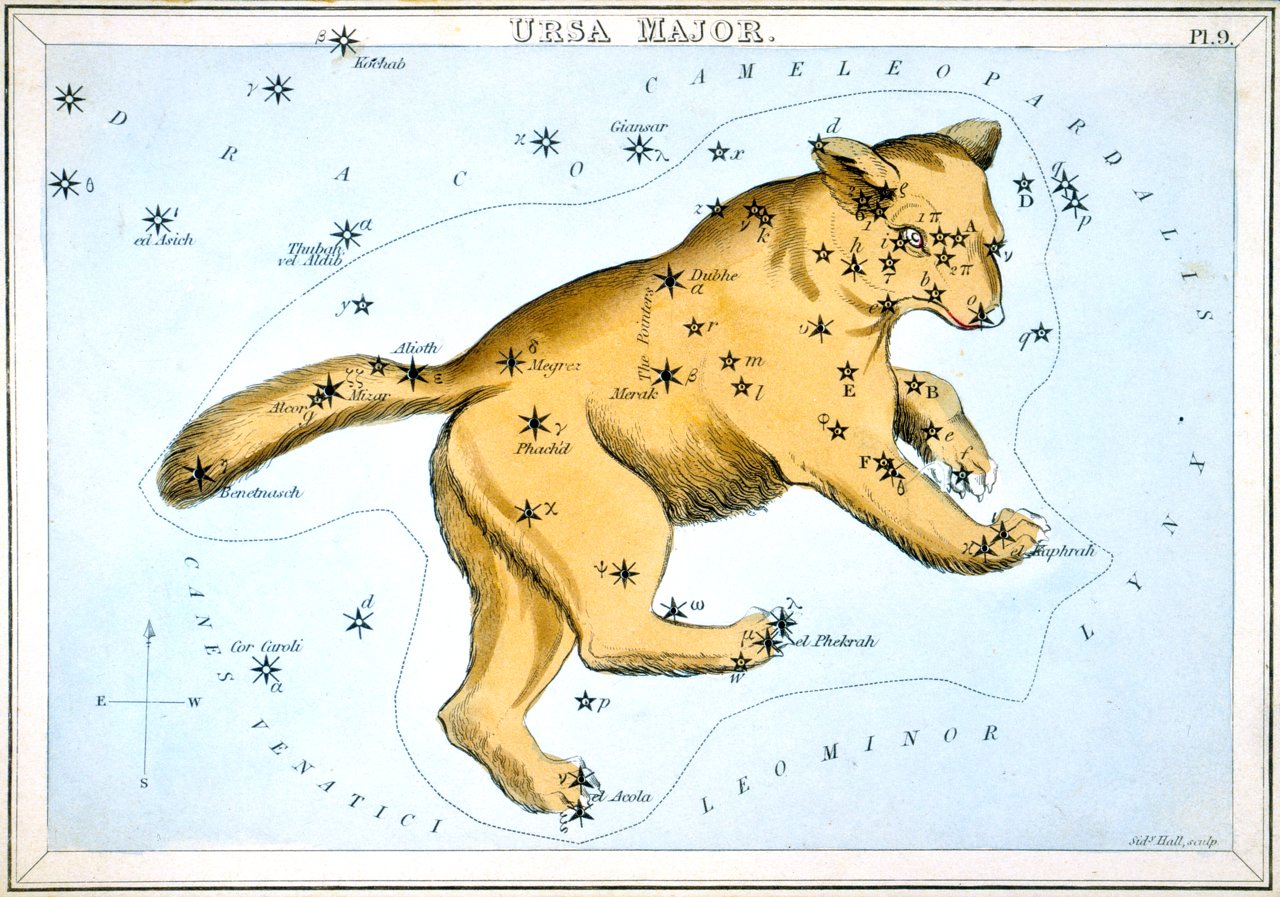 Ursa Major, the constellation of the Great Bear, from Urania’s Mirror, a colourful set of constellation cards published by Samuel Leigh in England in 1824. Over the years, the star at the end of the tail has been known by two popular names, Alkaid and Benetnasch. On this card it is called Benetnasch, but the IAU Working Group on Star Names (WGSN) has chosen the more common alternative of Alkaid as its official name. Among the star names on this 1824 map of Ursa Major that are recognised by the IAU as official proper names are Alcor, Alioth, Dubhe, Megrez, Merak, and Mizar.  Other names on this map have been included in a growing database of cultural and historical names for stars, and some of these may eventually be adopted as official IAU names after further research and deliberation by the WGSN.