The creation of a specialised IAU Working Group, the Working Group on Star Names (WGSN), was approved by the IAU Executive Committee in May 2016 to formalise star names that have been used colloquially for centuries. WGSN has now established a new catalogue of IAU star names, with the first set of 227 approved names published on the IAU website.

Composed of an international group of astronomers, the Working Group on Star Names (WGSN) is an initiative that stemmed from the IAU Division C (Education, Outreach, and Heritage). Under the scope of the Division, the WGSN is expected first to delve into worldwide astronomical history and culture, with the aim of cataloguing traditional star names, and approving unique star names with standardised spellings. In the future, it is anticipated that the group will turn its focus to defining the rules, criteria and process by which new names for stars and significant substellar objects can be proposed by members of the international astronomical community, including professional astronomers and the general public.

For many years, the standard practice for astronomers has been to name the stars they study using an alphanumerical designation. These designations are practical, since star catalogues, such as that recently released from ESA’s Gaia satellite, typically contain thousands, millions, or even billions of objects. These alphanumerical designations will continue to be used and will not be changed by the WGSN. Instead, the group aims to decide which traditional star names from cultures around the world are the official ones, in order to avoid confusion. Some of the most common names for the brightest and most famous stars in the sky had no official spelling, some stars had several names, and identical names were sometimes used for completely different stars altogether.

Historically, the IAU has only ever approved the names of 14 stars, in connection with the naming of exoplanets. There were two catalysts for the creation of the WGSN: the undertaking by the IAU to involve the international astronomical community in naming newly discovered exoplanets and their host stars, and a formal commitment to ensuring that astronomical heritage is preserved, one of the goals of the IAU Division C.

“Since the IAU is already adopting names for exoplanets and their host stars, it has been seen as necessary to catalogue the names for stars in common use from the past, and to clarify which ones will be official from now on,” says Eric Mamajek, chair and organiser of the WGSN.

The etymologies of the chosen names can differ, but some basic guidelines are followed by the WGSN. For instance, shorter, one-word names are preferred, as are those that have their roots in astronomical, cultural or natural world heritage. This is to preserve continuity and to ensure the long history of astronomical discovery is recognised. Many cultures around the world have traditional names for bright stars and asterisms. Most names still in use today have their roots in Greek, Latin and Arabic cultures, while some have more recent origins in the 19th and 20th centuries. Many have undergone little change since the Renaissance, which saw a proliferation of artistic celestial globes and atlases, and published star catalogues. The WGSN is archiving these names from the numerous different sources, and investigating opportunities to incorporate names from ancient astronomical traditions around the world into an official, IAU-approved list of star names for use by astronomers, navigators and the general public.

It is not the first time the IAU has examined historical names very closely: “A similar effort was conducted early in the history of the IAU, in the 1920s, when the 88 modern constellations were clarified from historical literature, and their boundaries, names, spellings, and abbreviations were delineated for common use in the international astronomical community. Many of these names are used today by astronomers for designations of variable stars, names for new dwarf galaxies and bright X-ray sources, and other astronomical objects," says Mamajek.

The WGSN has established and is maintaining a new catalogue of IAU star names, with the first set of 227 approved names published on the IAU website in the:

The catalogue includes 18 star names approved by the IAU Executive Committee Working Group for Public Naming of Planets and Planetary Satellites in December 2015 (which included 5 ancient names and 14 new names proposed and voted on by the public via the NameExoWorlds contest), and 209 recently approved names from deliberations by the WGSN. This number is expected to grow, as the WGSN continues to revive ancient stellar nicknames and add new ones from the astronomical community around the world.

Among the names formally approved by the WGSN are Proxima Centauri (for the nearest star to the Sun and host star of the nearest known exoplanet), Rigil Kentaurus (the ancient name for Alpha Centauri) and names for dozens of bright stars commonly used for astronavigation. Among the stars with newly approved names that have recently been reported to host extrasolar planet candidates are: Algieba (Gamma-1 Leonis), Hamal (Alpha Arietis), and Muscida (Omicron Ursae Majoris). 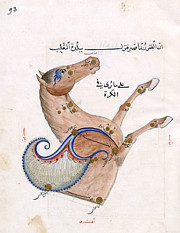