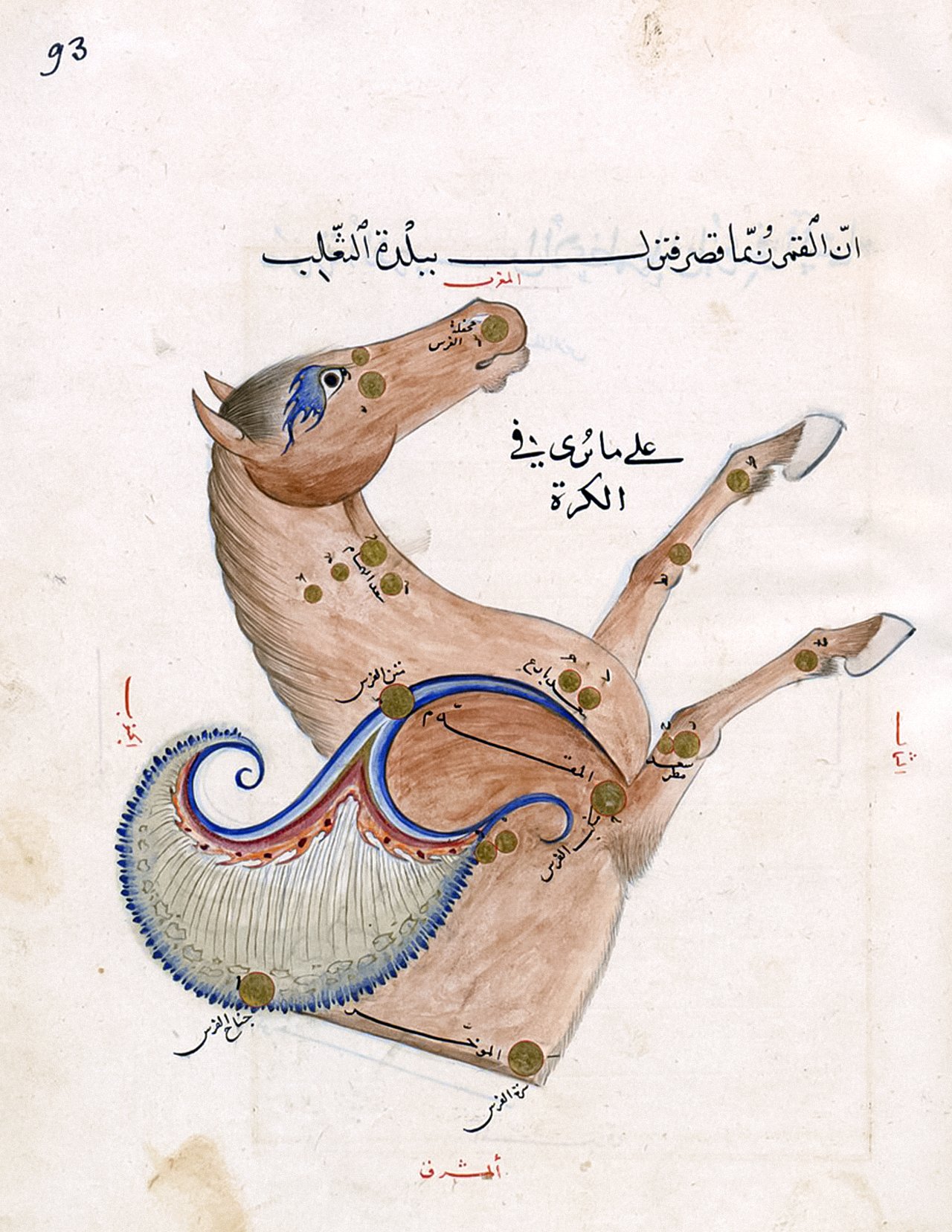 The constellation Pegasus ("The Winged or Flying Horse") as depicted in the influential star atlas of the Persian astronomer Abd al-Rahman al-Sufi (10th cent.). In this beautifully illustrated copy, made around 1435 for the Samarkand astronomer-ruler Ulugh Beg, the constellation is shown as depicted on a celestial globe (i.e. mirrored as seen in the night sky).

The names for these stars in common use in recent centuries, which were recently adopted by the IAU WGSN,are Markab (Alpha Pegasi), Scheat (Beta Pegasi), Alpheratz (Alpha Andromedae), and Algenib (Gamma Pegasi).

The modern constellation Pegasus also contains the star designated 51 Pegasi, which hosts the first exoplanet discovered (in 1995) around a solar-type star. As a result of the NameExoWorld contest organized by the IAU, the star is now named Helvetios (and the exoplanet, designated 51 Pegasi b, is named Dimidium).

The compass directions are labelled in red, i.e. the top is west, bottom is east, left is south and right is north.