The Founding of the IAU and the First Executive Committee

The IAU was the result of a process that started long before World War I to encourage cooperation between astronomers all over the world, at that time primarily led by the American astronomer George Ellery Hale. However, the process took a different turn after the war — in which scientists from many of the former combatant states on both sides had actively participated. After the end of the WWI, only countries belonging to the victorious allied powers could be members of scientific unions — including the IAU.

In July 1919, one month after the Treaty of Versailles was signed, a Constitutive Assembly was held in Brussels with the goal of creating the International Research Council (IRC, which in 1931 became the International Council for Scientific Unions [ICSU]), and under its authority, a number of international scientific unions. Among these, the IAU was the first to be founded — therefore the official birth date of the IAU is 28 July, the day that the Statutes of the IRC were adopted.

At the same time two IAU subsidiaries were created which are still in operation today: the Bureau International de l'Heure, located in Paris, and the Central Bureau of Astronomical Telegrams, initially located in Copenhagen, and today in Harvard.

More details are given in The History of the IAU, by past President Adrian Blaauw, Kluwer/Springer 1994.

The first Executive Committee of the IAU was appointed by the IRC Constitutive Assembly. It consisted of the following members (with their respective nationalities, dates and institutions, followed by a brief vita, at the time of their term): 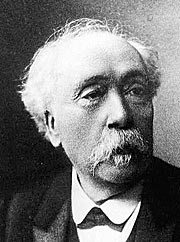 As a specialist in mathematics and celestial mechanics, Baillaud had been the Director of the Observatoire de Toulouse-Jolimont from 1878 to 1907. In 1906–1907, he selected the Pic-du-Midi science station — which was established in 1882 at a height 2877 metres above sea level — as the site for an astronomical dome to house a 50-centimetre reflector, which was a large-sized telescope by the standards of the time. In 1908 he became Director of the Paris Observatory, a position he held until 1926. He was the founder of the Bureau International de l'Heure, one of the two original IAU subsidiaries. 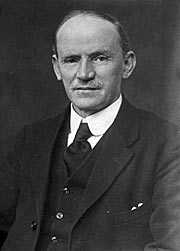 Fowler was a world leader in the field of spectroscopy, demonstrating in particular that sunspots were cooler than the solar photosphere. Elected Fellow of the Royal Society in 1910, he became its President from 1919 to 1921. He also drafted the first statutes of the IAU. 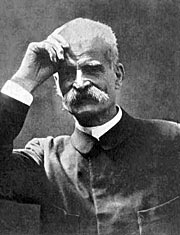 Abetti contributed to positional astronomy and performed detailed observations of minor planets, comets and star occultations. In 1874 he was part of an expedition to India to observe a transit of Venus. Later he became the Director of the Arcetri Observatory, located in the outskirts of Florence, Italy. 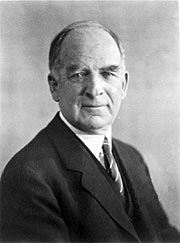 Campbell was another specialist in spectroscopy and he also focussed his work on the Sun. Having joined the Lick Observatory in 1891, he became its Director in 1901, a position he held until 1930. 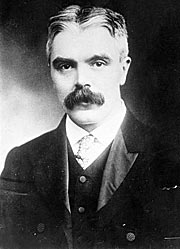 Dyson was a spectroscopist and an expert on the spectrum of the corona and the chromosphere, who conducted several solar eclipse expeditions. He was appointed Astronomer Royal for Scotland in 1905, then Astronomer Royal in 1910 (until 1933). In 1910 he became director of the Royal Greenwich Observatory, a post he held until 1933. 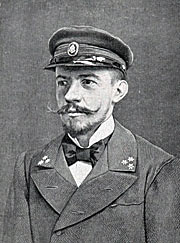 Perhaps the most original character of the first Executive Committee, Georges Lecointe was not even an astronomer by training. He started as an artillery officer in the Belgian army. Then he graduated from the École Polytechnique — a military advanced school — in Paris, which allowed him an exceptional detachment to the French Navy in 1897, where he was given the rank of lieutenant-commander. In the same year he was attached to the Bureau des Longitudes, his first professional contact with astronomy. He became an expert in astronomical navigation, as well as in hydrography and geophysics. After many years at sea, he eventually became captain of the Belgica, the ship carrying a Belgian expedition to Antarctica, which, caught in pack ice, was the first to overwinter there from 1898 to 1899. Interestingly, one of his crewmembers was Roald Amundsen, who would later lead the first expedition to reach the South Pole on 14 December 1911.

Lecointe was appointed director of the astronomy service of the Uccle Observatory in 1901, to become its Director General in 1918. So Lecointe was, in a way, the first astronomer in Antarctica, and the distant predecessor of our colleagues now operating observatories on this continent (see IAU ann14031). A man of high international reputation and fame, it is in part through him that the Constitutive Assembly of the IRC, the cradle of the IAU, was organised in Brussels in 1919. 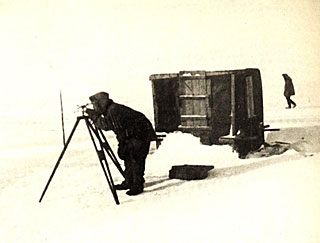