The International Astronomical Union’s Working Group on Star Names formally approved 86 new names for stars, which are now in the IAU stellar name catalogue. The catalogue now contains the approved names of 313 stars.

The WGSN consists of an international group of astronomers who catalogue and standardise names for stars to be used by the international astronomical community and others. Last year, the WGSN approved the names for 227 stars. With this new addition, the catalogue now contains the approved names of 313 stars. Modern star catalogues contain millions or even billions of objects, most of which are identified by designations — strings of letters and numbers indicating their position or ordering. The WGSN reviews the names of the brightest and most interesting stars rather than assigning designations using merely strings of letters and numbers. Some bright stars have accumulated dozens of names and spelling variations over the years.

“The IAU Working Group on Star Names is researching traditional star names from cultures around the world and adopting unique names and spellings to avoid confusion in astronomical catalogues and star atlases,”  says Eric Mamajek, chair and organiser of the WGSN. “These names help ensure that intangible astronomical heritage from skywatchers around the world, and across the centuries, are preserved for use in an era of exoplanetary systems.”

Exoplanets are planets around stars other than our Sun, thousands of which have been discovered in recent years.

For example, the names Xamidimura and Pipirima were approved for components of the bright binary star μ1 and μ2 Scorpii in the constellation of Scorpius, respectively. Xamidimura refers to the xami di mura — “eyes of the lion”, a nickname for the binary among the Khoikhoi people of South Africa. Pipirima refers to inseparable mythological twins from a Tahitian legend: a boy and a girl who ran away from their parents and became stars in the sky. 17th-century star atlas used Greek letters, like lower-case μ (mu), for stars in each constellation in approximate order of brightness.

A total of eleven Chinese star names were incorporated into the Working Group’s star name catalogue, with three names coming from those of lunar mansions. Lunar mansions are vertical strips of sky that act as markers for following the nightly progress of the Moon, like a kind of zodiac, providing the basis for a lunar calendar. The names of two ancient Hindu lunar mansions were included as well: Revati and Bharani, for the stars designated ζ (Zeta) Piscium and 41 Arietis, respectively.

Among the diverse names from around the world assigned to bright stars by the IAU’s WGSN  over the past year include the Yucatec Mayan name Chamukuy (the name of a small bird) for the bright star θ2 (Theta-2) Tauri in the Hyades star cluster in Taurus. Four Aboriginal Australian star names were also added to the IAU stellar name catalogue, including the Wardaman names Larawag, Ginan, and Wurren for the stars designated ε (Epsilon) Scorpii, ε (Epsilon) Crucis, and ζ (Zeta) Phoenicis, respectively, and the Boorong name Unurgunite for the star (Sigma) Canis Majoris (an ancestral figure who fights the Moon). Aboriginal Australians are among the oldest continuous cultures in the world, going back more than 65 000 years, representing some of the most ancient star names in the IAU catalogue.

The brightest star with a name adopted by the IAU in this latest batch is the 2nd magnitude star Alsephina — assigned to the star designated δ (Delta) Velorum. The name stems from the Arabic name al-safinah meaning “the ship”, referring to the ancient Greek constellation Argo Navis, the ship of the Argonauts. It was first used in a 10th-century Arabic translation of the Almagest, the great book written by the Greek astronomer Ptolemy in the second century AD. Although the name originally referred to an entire constellation, it was assigned to this particular bright star at least as early as 1660, when it appeared in Andreas Cellarius’s Harmonia Macrocosmica, a renowned 17th century Dutch magnificently illustrated book about the cosmos. Numerous stars have names with Greek origins that were translated to Arabic and then to Latin during the Middle Ages or the Renaissance. Such convoluted histories for star names are not uncommon.

Two bright stars, one in the northern constellation Cygnus and another in the southern constellation Corvus, have been known for centuries by the duplicate name Gienah of Arabic etymology. To reduce confusion, the name Gienah was retained as the name for the star γ (Gamma) Corvi, and Aljanah was approved for (Epsilon) Cygni, in keeping with its original etymology (al-janāḥ = Arabic for the wing).

Among the nearest stars to the Sun, the WGSN recognized the name Barnard’s Star, which has been in common use for a century, referring to the famous nearby red dwarf star discovered by astronomer Edward Emerson Barnard in 1916. The proper names for three nearby Sun-like stars were approved in 2017 — including Alsafi for σ (Sigma) Draconis, Achird for η (Eta) Cassiopeiae, and Tabit for π3 (Pi-3) Orionis, the brightest star in the “shield” of the constellation Orion. 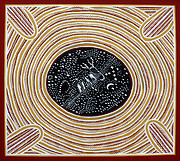